NOMINATE AN ENTREPRENEUR FOR 2013.

For the last 2 years, I’ve been publishing an annual list of some of France’s hottest entrepreneurs under 30. You can check out the lists for 2010 and 2011. Usually I pick all the people for the list myself. However, this year, I decided to take suggestions from the crowd. I got an overwhelming number of suggestions and I want to thank everyone for their contributions. Just as a quick reminder, if someone has already appeared on this list in previous years, they unfortunately cannot be re-selected.

Ok. Now that you know all the people (above) who do not qualify for the 2012 list, here are the selected entrepreneurs for this year… 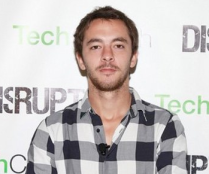 27-year-old Dominique and his co-founder, Hoa Din Viet (who unfortunately was born just a few years too early), have built an absolutely incredible product. Entrepreneurs and investors from around the world love and use French-made Sparrow. Not just that, they’ve scored funding with some hot Silicon Valley names, including Tweetie developer Loren Brichter and Path’s Dave Morin. Seriously, who ever said France doesn’t make killer tech – Sparrow just proved you wrong.

26 and 27 year-old Stan (pictured) and Gabriel have built an incredibly real-time mobile photo search engine that made it to the final pick of Seedcamp in 2011. Remember Color? You know, that US company that raised $41 million in “seed,” turned down $200 million from Google and then kinda fell off the face of the earth? Well, this is nothing like that. And it’s a whole lot better.

Plus, they also have a great sense of humor and speak impeccable English. Check out this video, featuring Gabriel:

26 and 28 year old Olivier (pictured) and Mathieu are not only 2 gents running a leading online fashion community, they’re also swallowing up their competitors – including Hypeed, which the company purchased in December. They’re also one of the first killer startups to come of the Sciences Po incubator and sit alongside Criteo, Goom Radio and AllMyApps in Elaia Partners‘ portfolio.

The 24 and 25-year-old founders of this brand new startup are aiming to take the complication out of searching for a flat or apartment in Paris. Finally. The startup was also one of the 5 finalists in the Girls in Tech European Lady Pitch competition. Plus, the founder team is incredibly involved in the French startup scene, including 24-year-old Margaux (pictured).

Think of Faguo (which happens to mean “French” or “the country of laws and wonders” in Chinese) a bit like the Jimmy Fairly (who made last year’s youngster list) – but for shoes. But not. The company makes some rather good-looking, ethical shoes (fact!), which sell in over 10 countries around the world. Instead of using Jimmy Fairly’s “buy one, give one” model, the company plants a tree for every pair they sell. Oh yes, and the 25-year-old team (Frédéric pictured) got started in 2009, when they were 22.

19-year-old Arthur is the baby on this year’s list. At 18, he started Faveous, which he describes as “the place for everything you like.” Essentially you can bookmark and save everything you like from the social web: Facebook, Google Reader, YouTube, Instapaper, Twitter, you name it. The best part? It’s one of the few French startups to take a stab at…no business model at the launch. Traction first, money later. I like.

What? A question and response platform that is not Quora? Yep. Soon-to-be 27-year-old Emmanuel and 20-something-year-old Matthieu founded the company that made 2nd place at the startup competition at LeWeb in Paris.  But even better, they received funding shortly after from Vente-Privée founder Jacques-Antoine Granjon and Kima Ventures. Now THAT’s a good looking crowd.

DuoApps, as everyone here already knows, is my favorite apps maker – from Corsica. The young founders include soon-to-be 23-year-old Dominique Siacci (pictured) and 26-year-old Francescu Santoni. The boys not only made my lovely TechBaguette app but also the amazing Parlu Corsu game for anyone who wants to learn to speak Corsican. Francescu is now working on a new venture, EastPad.

So every time I publish this list, my heart actually kind of breaks a little. There are so many amazing startups and entrepreneurs that sometimes I want to include people that don’t meet my age requirement. I love promoting the younger entrepreneurs in France because traditionally in France they’ve had trouble gaining credibility. But the times they are a-changing. So now, I’m going to launch a second list that is simply for amazing startups. If you are a France-based startup, working in tech, and you’re just incredible – please apply below.