Alright everyone, here is the 4th edition of the 13 Hot French Entrepreneurs Under 30 list – except this year, it’s not 13…it’s 20. That’s right. I received nearly 60 nominations that qualified – so you can imagine that narrowing it down to 13 was not easy – and after mulling over them for a few days straight I decided, heck, I’ll just make it top 20.

Dude, how did these kids make the list anyway?

A few years ago, putting 20 killer entrepreneurs under 30 from France would have been…oh, a bit tricky. Very clearly France’s young entrepreneur population is growing. The 20 that made this list have been selected because of their achievements and are clearly names you should know. Unfortunately being France but having a startup or based outside of France disqualifies you from my list. Please note that a lot of these are my own picks who may not necessarily have been nominated by their peers.

Wait, where is everyone?

Oh yes, one last thing: I remind you that – as always – winners from previous years cannot make the list again (otherwise we’d see the same faces every year, boring!). You can view previous winners from 2010, 2011 and 2012 – most of them are still doing amazing things under 30 🙂

And this years youngsters are…

Alexandre (27, pictured) and Jérémy (26) founded Melty.fr, an online news site dedicated to the 18-30 age-range with over 6.7 million unique visitors per month while still in school. In fact, Alex had a several year head-start, creating online news sites from the age of 15 and is also one of the youngest members of the French government’s Conseil National du Numérique. The team announced a 3.6 million euro round last year – including European tech hotshots, Pierre Chappaz (Kelkoo, Wikio) and Marc Simoncini (Meetic, Sensee, Jaina Capital). 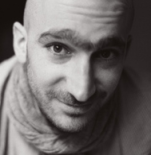 The French company that specializes in offering nothing more than “1 free app a day” made headlines earlier this year by announcing over 10 million users AND a 10 million euro round of funding. Simon Dawlat, the company’s 28-year-old founder, says he’ll be opening offices in New York and San Francisco – in addition to the company’s current international branches in Barcelona and Sao Paulo.

I actually instantly fell in love with this product when the team demoed it to me at LeWeb (yes, I need to add them to my Startup Crushes!). Cofounders Mickael Jordan (26, pictured center), Cyril Champier (28, pictured left) and Jean-François Chianetta (29, pictured right) have developed an awesome augmented reality product for sales and e-commerce that essentially lets you visualize a product anywhere you like. Chianetta is also the first Belgian residing in France to make my list 🙂

There are tons of English-learning tools and platforms on the market, but Babble Planet’s team has created fun games so that 8-11 year olds can learn to speak and understand English without boring themselves to death. Elsa (24), Soiny (25) and Eugène (25) also won Presse Citron’s prize for best startup in 2012, against a list of top-level finalists.

Skimm is one of France’s hottest payments company – but you don’t have to take my word for it; The Next Web also voted them best user experience in their French Startup Awards. Valentin Lautier (23 , pictured center), Julien Dauphant (23, pictured left) and Antoine Sakho(23, pictured right) are also one of the few killer startups to come out of Sciences Po, alongside YKone and Weblib (who have made this list in previous years).

A few years ago, Romain David (28, pictured right), Guillaume Poitier (26, pictured center) and Andrei Vestemeanu (27, pictured left) founded one of the first interactive event platforms – known as Balloon – in France. Recently rebranded as Wisembly, the 15-person company works with a number pretty impressive clients and is now gearing up for international expansion.

To anyone who said that technology killed the press, these guys proved you wrong. Brothers Nathaniel (27, pictured left) and Michael Philippe (26, pictured center) along with Robin Sabban (26, pictured right) have spent the last few years developing a beautiful application, lekiosk, that lets you buy 10 subscriptions to 10 magazines for 9.99 euros per month. With over 700,000 downloads and a whopping 5.6 million euro round of funding last year, these guys are now conquering new territory. 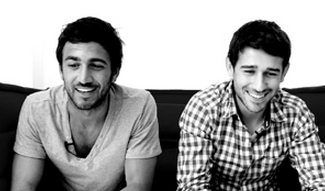 Functioning a bit more like an agency, Mikael Outmezguine (24) and Cyril Paglino (26) are putting over 300 celebrities in touch with some of the worlds top brands. On top of that, they’ve developed tools to help celebrities manage their online presence with ease. Wizee also raised funding last year with some top investors, including Oleg Tscheltzoff (Fotolia) and Simon Istolainen (MyMajor Company, PeopleforCinema and a previously listed young entrepreneur). Plus they’re not new to business either: Paglino is a former international break dance champion and Outmezguine reportedly started his first business when he was just 13.

29-year-old Arbia Smiti is a bit of a one-woman-show, similar to the founders of Leetchi or Restopolitan, who have also made this list in previous years. Her company, Carnet de Mode, applies crowd-funding to the fashion industry, is an international fashion marketplace and also offers a monthly box for fashion accessories. Oh, and the young company has been nominated and won several awards in its young age.

There are a number of incredible up-and-coming entrepreneurs under 30 to have on your radar, including Cédric Giorgi & Julien Pelletier of Cookening (+ Sébastien Guignot, who missed the age cut off),  Camille Roux & Matthieu Segret of Human Coders, Antoine Durieux of Chef Jerome, Jean-Baptiste Hironde of Edjing – and there are many others as well.

Hey, where did you go?

I can also include a few young French entrepreneurs living abroad that you should keep your eye on, including Clément Cazalot & Alex Negrea of Doctrackr, Pierre Valade of Sunrise, and Maxime Guedj & Mathias Beugnon of T’écoutes Quoi ?

Naturally there are loads of entrepreneurs that were disqualified because of my silly age requirement. This year’s killer OVER 30 startup award goes to data visualization startup QUNB. They won LeWeb, they won an award at the Europas and they’re um, dynamite.

QUNB CEO Cyrille Vincey pitching his heart out at LeWeb.