I’ve been wanting to do a post on this topic for a while – because whenever someone tells me that it’s insanely difficult to launch a start-up in France, I chuckle to myself and think: “Hey, if 20-something-year-olds are doing it fresh out of school, it can’t be that hard, right?” I also have recently noticed that becoming an entrepreneur from a young age is becoming more à la mode – so here is my list to set the record straight.

The trouble is there are actually a lot of young entrepreneurs out there. This list is insanely far from exhaustive and is just a few names that I think are likely to stick around for a while. As the entrepreneurial community is predominantly male, I should also probably clarify that by “hot”  I am referring strictly to their start-ups. After all, this is not my attempt to be the Franco-version of Valleywag. PS. You’ll notice that I’ve chosen 8 companies and 13 names.

The Deezer boys are behind one of the hottest – if not the hottest – online music company to come out of France. While they are still incredibly young, Daniel (25) and Jonathan (29) kicked off their entrepreneurial careers in 2004 and 2005 respectively. Yep, Daniel was still a teenager at the time.

As the story goes, this 26 year old started his internet career in middle school. He then went on to drop out of school at the age of 13 to launch the internet performance marketing company we currently know as MediaStay – which is also the publisher of games sites like Kingolotto and Grattages. Yes, that makes another one for the drop-out club! 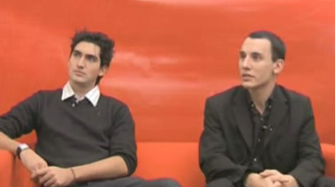 The 25-year-old team is behind the online participative ad and logo creative platform, Creads, that gives internet allstar Gilles Babinet’s Eyeka a run for its money. Oh, and the 2-year-old company already counts international offices in Spain and Japan. 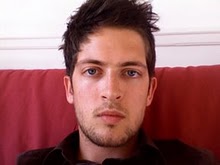 Yes, he’s been an entrepreneur since 2008 and the 25-year-old is already on his 3rd company (he just announced Architurn, after MyMajorCompany and PeopleforCinema). The participative investment platform model seems to have been very good to him, in both the music and film distribution spaces. But my favorite part about this kid’s success story is that he studied the farthest thing from entrepreneurship and tech in school: that’s right, anthropology.

Leetchi is the first company of this 27-year-old lady and she’s already got big names like Oleg Tscheltzoff, Jérémie Berrebi and Xavier Niel backing her platform for group gift purchases. Nice.

The 26-year-old founder of a French company, Restopolitan, that dares to compete with OpenTable has entrepreneurial energy spewing from her veins. As she’s got a few more tricks up her sleeve, she’s not likely to disappear.

The Spartoo trio (Boris pictured) started right out of school, back in 2006, when the sum of their ages was less than 75 (I’ll let you figure this one out). Today Boris (27), Paul and Jérémie run the très successful French/European equivalent to Zappos. These kiddies also scored €12 million in January. Hello, Jeff Bezos?

The 26-year-old team (Hadrien pictured) started their digital publishing/distribution platform, Feedbooks, back in 2007 with a very international vision. The company definitely knows what it’s doing in the English-speaking market, as does Hadrien who is brilliantly bilingual.

There are definitely numerous companies that I could add including the boys at Owlient, Ykone, Cafédelabourse or the coed team over at Likiwi. And another one that almost made the list: Benjamin Bejbaum from DailyMotion. Feel free to add more youngster entrepreneur names that come to mind in the comments.