As some of you may know, I used to be a very loyal fan of Aardvark. The famous question and answer service launched as “Mechanical Zoo” in 2007 was acquired by Google in 2010 for $50 million and very sadly shut down last year. I used to get some of the most amazing questions from other Aardvark users – including “what time is it now?” and “where is Paris?” – but you can see my all time favorites here.

Since the death of Aardvark, Quora has become my new source of Q&A entertainment. In France, it first started to gain traction after we published an article about the platform founded by former Facebookers on TechCrunch France in January 2011. Despite the fact that Quora was not available in French – and is still not available in any language other than English (the platform, users can actually ask questions in other languages) – we were literally bombarded with invite requests after suggesting that Quora may be the next platform to follow in Twitter’s footsteps.

On Quora, I’ve been asked to answer a fair share of questions – usually relating to TechCrunch, startups, accelerator programs, funding, France, Europe…and most recently, love (WTF? I declined to answer the love question). In general, I’m happy to take the time to answer questions if they relate to startups, tech, Europe and the likes. 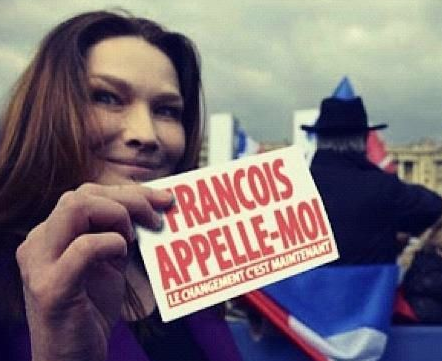 Surprisingly, this question has actually not been asked on Quora. Unless I am mistaken, there is actually not a single Carla Bruni-related question on Quora at the moment. That said, there are tons of other ridiculous questions regarding all things French.

And now, the useful stuff.

The rather odd questions on Quora can be rather entertaining. But I also have found some terrifically useful questions regarding the French/European tech scene that I wanted to bring to everyone’s attention.

I actually published a list of some of the best French tech blogs a while ago, but I think Cedric’s response is terrific and is definitely  a great resource for entrepreneurs.

Not sure what we’re calling a “startup success story” but I made an attempt to answer the question with some successful exits of French startups. Feel free to take a look and contribute.

I published a list a while ago of some of France’s top business angels, but this list could also be added to and be a great resource for local entrepreneurs.

Not sure how I feel about this question – will definitely have to be updated and we risk getting tons of random job posts. But I though it was interesting to see Quora users interested in which French startups were hiring. And I guess this means you can add your job openings to the list!

All French startups: check and make sure you’re listed 🙂

The leading answer is a great start but can definitely be improved, so feel free to pitch in!

Calling all European entrepreneurs on Quora – you should add yourself to my list. Free publicity 🙂

Any other noteworthy questions or comments regarding Quora? Feel free to share in the comments.