Skip to content
Posted on March 5, 2010 by Roxanne Varza

Alright, it’s high time we set the record straight. I met with yet another French entrepreneur this morning that seemed to think France was void of decent exits. Well, guess again. 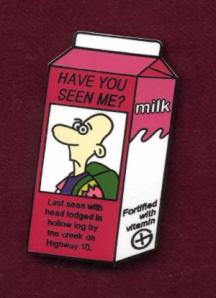 Have you seen me?

In the US, whenever a child or a person goes missing, his or her face shows up on a milk carton (or at least, it used to). Perhaps we should do the same with French companies –  not because they are MIA but because French entrepreneurs seem to forget that there are home-grown companies that make acquisitions. Ok, maybe French companies are somewhat less carnivorous than Microsoft and Google, but that doesn’t mean their acquisitions get to be ignored.

So, let’s take a minute to look at some fairly recent opposite-direction acquisitions from French Exitland:

French Vivendi threw $18.9 billion at Californian Activision in 2007. Let’s not forget they also own American Universal Music Group and 20% of NBC Universal. Not too shabby…

A step down from the billions but still a rather heavy price tag: France’s Publicis spent $530 million to acquire Razorfish from Microsoft in August 2009.

In 2005 and 2006, French Daussalt went on a shopping spree spending $413 million and $410 million on American Abaqus and MatrixOne respectively. And in case you missed it, they also just spent $600 million to acquire the PLM activities from a little American company called IBM. Hot.

French entrepreneurs love to tell me that Americans are good at selling themselves and the French are – well, not. Ok, point taken – Americans are possibly the closest thing to genetically modified salespeople. It’s almost weird. But why the French continue to trash their own turf is beyond me. Plus, half the statements French entrepreneurs make about the French techosphere are either founded on thin ice or gross exaggerations: “France is the third world of tech”, “there is no real tech ecosystem in France”, blah blah blah. Oh, the irony.

Want to see the third world of the tech industry? Go to Wyoming.