Skip to content
Posted on January 9, 2011 by Roxanne Varza

A while back I wrote a post on how the French educational system isn’t exactly entrepreneur friendly. And this is just based off of my simple observations and personal experience at a French university. Now that I have attended university in the US, France and the UK, I can say with complete certainty that French professors are by far the harshest with their students when it comes to mistakes. One would think that they get joy out of making their students look ridiculous – even when they make the smallest of errors. I’ve even heard some “feedback” from professors that could make one borderline suicidal. Not exactly what I would call educationally encouraging.

So, the French grading system makes it literally impossible to get a perfect score in most cases. Students are taught that they cannot be perfect – in all honesty, I quite like this approach but I cannot imagine going through grade school with the impression that I could never get 100%. This rather unhealthy relationship with mistakes, failure and imperfection starts in French classrooms and manages to breed its way throughout various aspects of life – one of them naturally being in the workplace. So when French entrepreneurs start to look a little wobbly, they’re already being told they’re failing.

What’s hilarious about this is that making mistakes is perhaps the best way to learn. I’m not saying that someone should strive for failure – but when mistakes are kindly pointed out and corrected, it makes for incredibly effective learning. Failure is therefore natural and healthy. One shouldn’t have a fear of it or be ashamed of it – especially not as an entrepreneur, where projects are constantly evolving and being adjusted.

In the US, it’s almost to the other extreme. I remember that sometimes when we would make mistakes in grade school, teachers would still encourage us and say things like “good job” and “nice try.” It made us feel comfortable with sharing our opinions and trying things, even if they were wrong. And if someone can still respect you – even when you make a mistake – it serves as a huge boost of confidence. 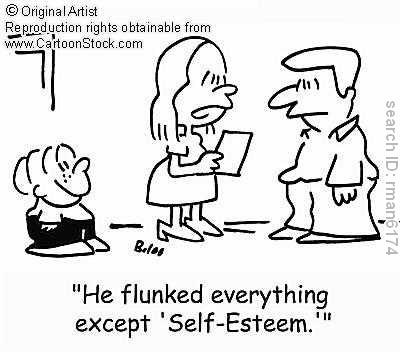 So now it’s been a few months that I’ve been in touch with Cassandra Philips, who organizes a number of awesome conferences in the Bay Area – including FailCon, a conference dedicated entirely to failure. The last edition of the conference in San Francisco included speakers from companies like Foursquare, MySpace, Revision3, Etsy and Zappos. I imagine you’ve heard of some of those names, right ? Yes, even the best of the best make mistakes. So we are currently in the process of organizing the first European FailCon to take place in Paris later this year*. We’re hoping to get a number of local entrepreneurs to step up and talk about their failures alongside some of the American and international entrepreneurs. Oh, and obviously we’re also encouraging investors to participate and share their thoughts on the value of failure, too.

So FailCon will make its stop in Paris later this year – but before then, Microsoft France is also hosting a mini-FailCon on the 1st of February with some big names in French entrepreneurship, like Gilles Babinet (he’s on my list of 9 French Entrepreneur Names to Know). Hats off to Gilles by the way for being the first incredibly well-respected French entrepreneur willing to share his thoughts with everyone in the French entrepreneurial community – that is huge. I’ll also be moderating and helping to introduce the FailCon concept to the local crowd. Participation is free and you can RSVP directly on the Facebook event page.

So now I’m on a hunt for the best successful failure stories. There are definitely tons of fantastic examples in the music space, like Deezer or Jiwa (who is set to relaunch very soon). If you have suggestions of failure stories, don’t hesitate to post them in the comments.

*Please feel free to contact me if you are interested in sponsoring or participating as a speaker for this event.